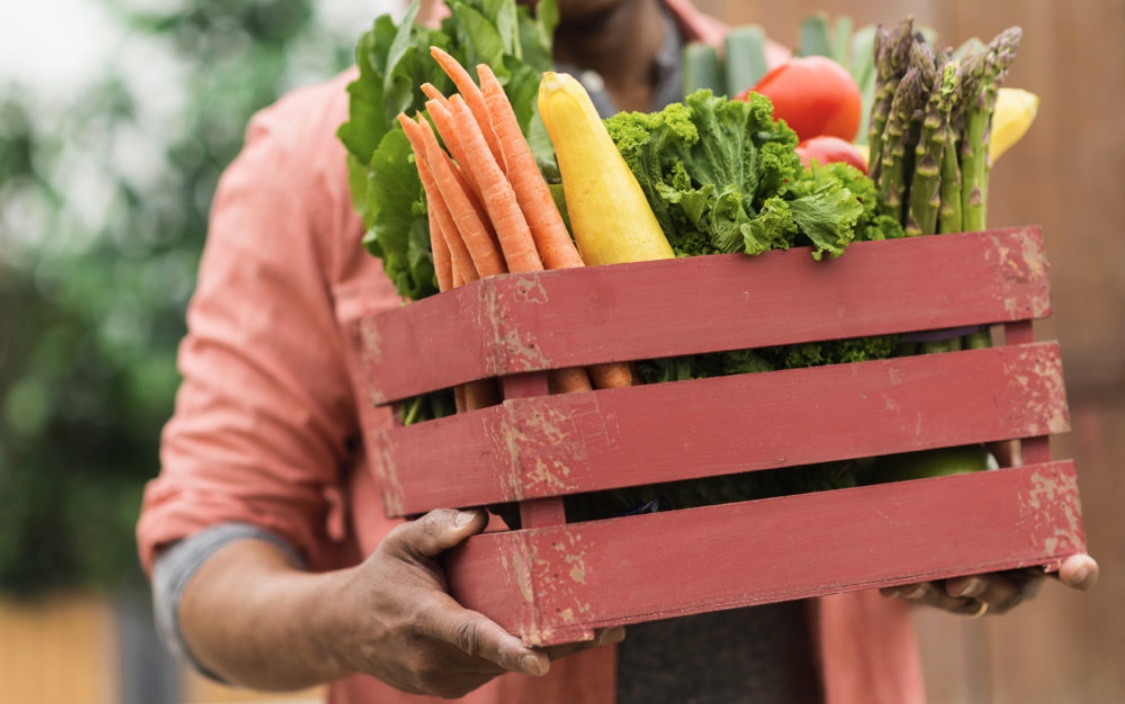 Three years ago, chef Sean Sherman, a member of the Oglala Lakota tribe, published a Lakota cookbook about pre-colonization foods. He started his quest when he realized there weren’t many regional-focused Indigenous cookbooks on the market.

He set out to compile the history and vast knowledge Indigenous people have about their food systems, from wild plants to medicine and crafting. Sherman looked into what seeds are still alive today, and how Indigenous people historically prepared and cooked food.

This culinary journey showcased just how diverse regional Indigenous flavors are in America and beyond, he says.

The flavor and aroma of wojapi, a sauce that involves chokecherries, a berry that the Lakota people have harvested for a long time, reminds Sherman of “being a kid in my grandmother’s house,” he says.

But many traditional recipes were lost over time, he says. Sherman points to his great grandfather, who survived many clashes with the U.S. government, the Wounded Knee massacre in 1890 and the Battle of Little Bighorn. His great-grandfather also experienced Native Americans boarding schools, an endeavor that essentially forced Indigenous children to assimilate to mainstream American culture.

Boarding schools on reservations were “damaging because we started losing so much of our own Indigenous education around our food ways and our cultures,” he says. “And it’s something that we’re working really hard to try and bring back.”

To define food in the U.S, Americans must look to the past, he says. To start, we must examine the atrocities different populations faced over the course of the country’s history, Sherman says, specifically the wealth that was established “off of stolen Indigenous lands and the decimation of Indigenous peoples and off the backs of stolen Indigenous African people on top of that.”

And to understand what true American food is, we must dig past the stereotypical images of hamburgers and soda, he says.

Language, stories and art — creative aspects that “all combine together surrounded by food” — are also researched at the Indigenous Food Lab, he says.

“Our goal is to really help a lot of tribal communities that have suffered from so much and are still facing modern day segregation today. We really want to help have healthy nutritional and cultural food access,” he says.

Indigenous people have the highest rates of diabetes and are more likely than any other U.S. household to not have enough food to eat. Healing people through culinary means is part of his mission, Sherman says.

“A lot of these Indigenous populations have been left with a perpetuated poverty, with very little access to their own traditional foods and an immense amount of health disparity when it comes to food access to nutrition access,” Sherman says. “We see a very clear path of helping people to preserve that knowledge and bring it back into their main lives and to really celebrate more regional and community-based food systems.”

The coronavirus pandemic has shown how vulnerable the U.S. is by being dependent on non-local, commercial foods, he says. He suggests supporting local growers, just as Indigenous communities have been doing for centuries.

That’s just one of the culinary lessons we can learn from Indigenous folks, he says.

“The Western culinary diet has never really taken the time to learn this vast amount of botany around us and all these plants that are so giving to us,” Sherman says. “So if you look at the world through an Indigenous lens, you’re going to see so much food and medicine and shelter and crafting in just the plant life around you.”